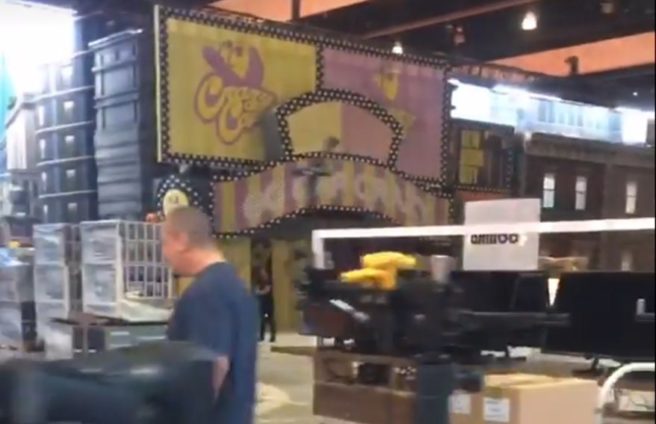 New photos have appeared showing the construction of Nintendo’s E3 2017 booth just a few days before the expo begins. It seems like Nintendo is going to be at least partially recreating Super Mario Odyssey’s New Donk City, and we’re also able to see that there will be an amiibo display. Check out a few photos below.