Return to PopoloCrois: A Story of Seasons Fairytale hitting the European 3DS eShop on Feb. 18 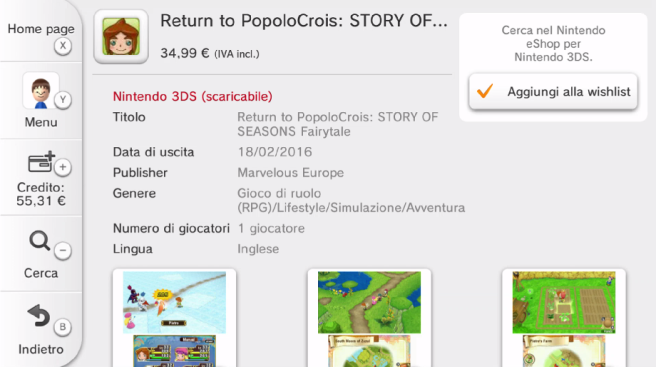 XSEED just announced this week that Return to PopoloCrois: A Story of Seasons Fairytale is heading to North America on March 1. In Europe, the game is slated for February 18, according to an eShop listing. It will only be sold digitally in PAL territories, unlike in North America where a physical version will also be offered.