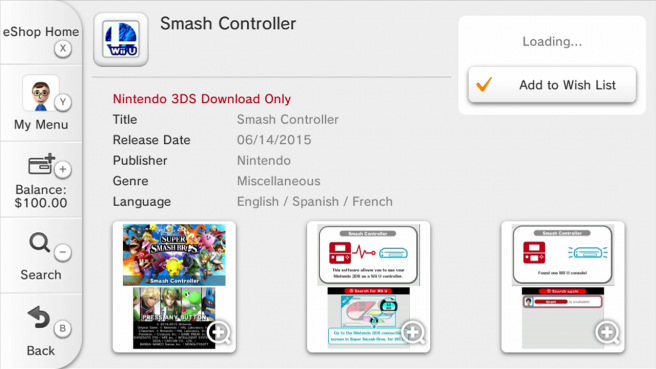 Super Smash Bros. for Wii U allows players to connect a 3DS system and use it as a controller. Prior to today, users needed to have a copy of Smash Bros. on 3DS in order to use the feature. An app has now been released with the same functionality, meaning you don’t actually need the game. Pricing is set at $0.99.