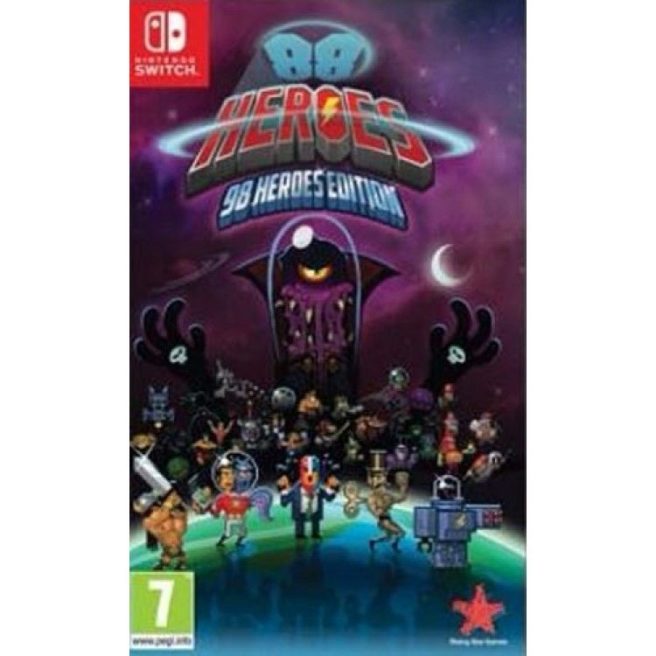 88 Heroes was created by Bitmap Bureau and published by Rising Star Games earlier this year. It’s “a chaotic 2D platformer that is as fun to watch as it is to play, where each level completed or untimely death brings a new uniquely skilled hero into the action.” You’ll have only 88 minutes to complete all 88 levels.

Additional details and a trailer for 88 Heroes are below.

It’s 8:08am on 8th August 1988, and the evil Dr. H8 has brought the world to the brink of total annihilation! His demands are simple: pay $88 octillion within 88 minutes, or Dr. H8’s 88 thermo-nuclear warheads will wipe out the Earth! But who will save us in our time of need? The bravest? The boldest? No… the 88 Heroes!

Prepare to infiltrate Dr. H8’s lair with the help of the strangest, dumbest and most pointless superheroes ever! With 88 levels between you and Dr. H8, only 88 seconds to complete each level and the 88-minute Doomsday clock already ticking, lead 88 unique characters – each with their own special abilities – on a platform-hopping, enemy-smashing, danger-dodging mission to save Earth from complete destruction!

Can the 88 Heroes save the day? Let’s hope so! They called the best, but the best were busy…

CoolShop specifically lists 88 Heroes: 98 Heroes Edition will entail, but when the game came out for PlayStation 4, a physical version was released with two exclusive additional heroes and the exclusive new H8 Mode, which features eight brand new levels offering a super-charged hardcore challenge. The new Switch version could be based on that.