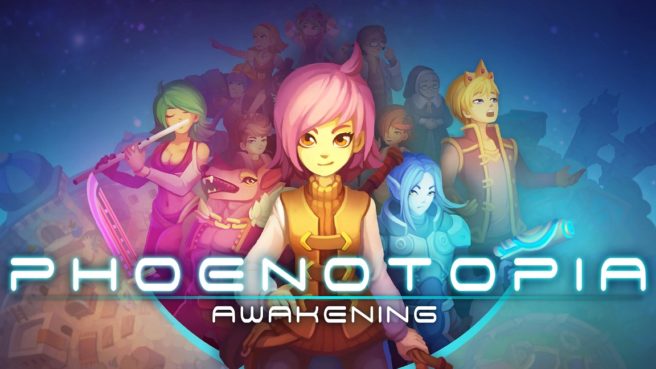 Cape Cosmic today announced that Phoenotopia: Awakening, an action-adventure game, will land on Switch this month. A release is set for August 20 via the eShop.

Here’s an overview of Phoenotopia: Awakening, along with a trailer:

Phoenotopia: Awakening places you in the role of Gail, a simple villager living a happy life in the idyllic countryside. Without warning, a great starship appears in the night sky and abducts all the adults. As the now oldest member of her little community, Gail must set out to solve this mystery and recover the villagers. Little does she know of the grand adventure before her, the evil lurking in the shadows, and the role she will play in the fight for Earth’s very own existence!

A narrative-driven, single-player adventure filled with charming characters, vibrant towns, and dangerous dungeons. Expect a meaty playtime of 25 to 50 hours, depending on how much of the world you want to see!

Numerous NPC side quests. One quest, in Zelda-like fashion, will have you exploring and interacting with the game world’s denizens in search of trade-eager NPCs. After a long string of trades, a worthy weapon awaits as your final reward.

Fight against overgrown toads, human-eating plants, trained knights, giant mechs, and even the extraterrestrial! The world of Phoenotopia sports over 50 different enemy types and a punishing, but fair, difficulty.

Real-time healing mechanics. A la Dark Souls, choosing to heal at the right moment could be the difference between life and defeat. Some items heal a lot, but are slow to consume, so choose the right healing item for the job.

Improve your healing items through a cooking mini-game!

Or kickback and soak in the atmosphere with the fishing mini-game. Fish in an ancient temple, a beautiful oasis, or out on the roaring ocean. Where there’s water and fish, you can find sustenance.

Over 10 different weapons and tools with which to combat enemies and solve puzzles. Fly with rocket boots! Shoot with crossbows! Blast with bombs! Play the flute!

A unique and finely-tuned control system that seeks to combine elements from Smash Bros and Dark Souls. A stamina gauge governs the number of actions you can do at any one time. Attack, Charge Smash, Crawl, Walk, Run, or Sprint your way forward.

Advanced techniques for speed running. Short-hop swing, cancel the landing lag with a roll, then cancel the ensuing roll lag with a tap of the trigger!

Press L to zoom the camera in or out. A feature hardly seen in 2D side scrollers!

A traversable world map connects the forests, towns, dungeons, and secret areas together. Touch a wandering map slime to trigger a random encounter!

An immersive script running over 100,000 words. Phoenotopia is a novel in its own right!

Over 60 original songs ranging from mellow piano and orchestra to raging synth/metal rockers and bagpipes!

An achievement system, with 33 badges to earn, for players seeking extra challenge and replayability.

Phoenotopia: Awakening will cost $19.99 on the Switch eShop. Pre-loading is now available.