Among the Sleep: Enhanced Edition announced for Switch 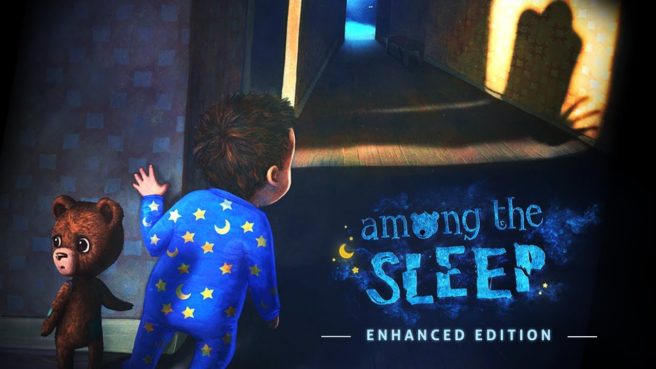 Among the Sleep: Enhanced Edition is coming to Switch, SOEDESCO has announced. The company is teaming up with Krillbite Studio to bring the title to Nintendo’s console.

Among the Sleep is a “nightmarish first person horror game”. Here’s a bit of additional information:

“In Among the Sleep, players assume the role of a defenseless two-year old toddler who has lost his mommy. With an unusual teddy bear as his only companion, he wanders off through the eerily dark house to find her. What follows is a haunting search through grim and twisted environments, experienced through the eyes of a scared child.”

The Enhanced Edition of Among the Sleep promises “enhanced graphics, dialogue and other significant improvements”. SOEDESCO will offer a physical and digital release on Switch.