ARMS producer: ARMS and Breath of the Wild made on the same floor in Nintendo, would like to see ARMS become an eSport 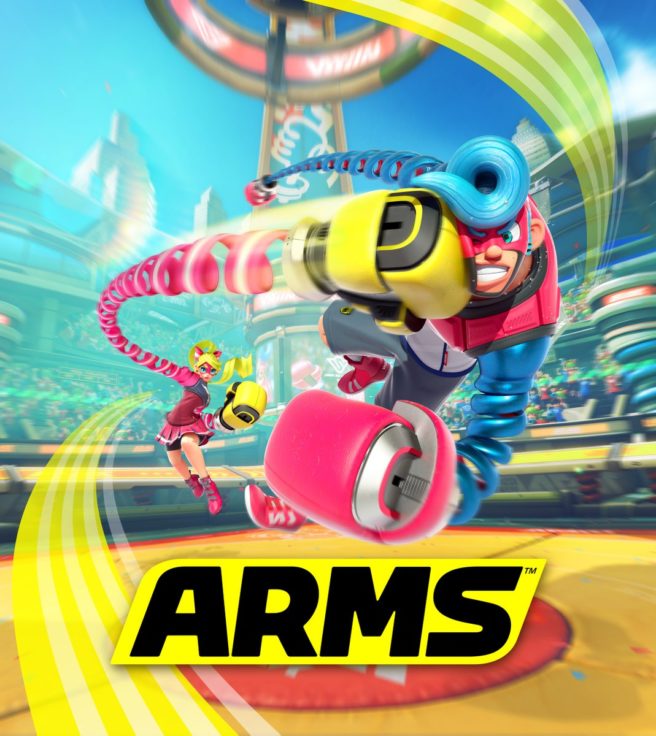 In a recent interview with Time, ARMS producer Kosuke Yabuki and art director Masaaki Ishikawa spoke at length about the game. A wide range of topics were covered, including how much of ARMS is luck versus skill, which control method the development team prefers, and how tools from the development of The Legend of Zelda: Breath of the Wild were used in the development of ARMS.

On whether or not ARMS was designed with data from data aggregation tools that were used by the Breath of the Wild development team, Yabuki said this:

Arms and Breath of the Wild are made on the same floor at Nintendo, and we are able to use things that the Breath of the Wild team found useful. But it’s important for us to choose the right tools for the game. In development of this game, we looked a lot at the results of the battles, the overall picture of what character matches well with what character and what arms go up well against what arms. That information comes from humans fighting other humans. But we also use the artificial intelligence in the game to match A.I. against itself and look at that data. And of course the players who participated in the Arms test this last weekend, we looked at that to check and see if there are any balance issues.

On how much of ARMS is luck versus skill, Yabuki had this to say:

If Mario Kart has a ratio of 50-50 luck-to-skill, then Arms is maybe 20-80 luck-to-skill. It relies much more heavily on skill. There’s a small element of luck in this game, so when you throw your punch, it’s whether or not the player is going to move left or right. You can’t say someone super skilled will win every time, because there is that small element of luck. Arms is thurs comparable to something like real-world tennis, where skill won’t n ecessarily win out every time because there’s an element of luck in that as well.

On the topic of ARMS possibly being the first competitively viable motion controlled game, Yabuki said this:

I think that’s a great take, and I actually think Arms might be the first game that has such depth with its technique in its motion controls. I think it would be great if Arms were to become an eSport, but it’s not quite clear yet whether Nintendo will go down that path and become a proper eSport. It’s not a certainty yet that Arms will be a huge hit with people. We’ll see how many people play. But if it does go down that route, we’ll see what Nintendo as a company does with eSports

When asked whether or not form followed function in the design of the characters in ARMS, Ishikawa explained some of the thought process behind the creation of characters:

For all the characters we do think primarily of function first, but the ratio differs for each character. For example, with Helix, we really wanted the soft movement of the way his body shrinks and slinks around. So we thought of that scientifically, that lab-created body he has, and the design follows the function of that movement.

As another example, with Min Min, she’s one of the characters that we started with this visual design, but then eventually we decided that she’s a character who fights with a lot of kicks, and one of her arms is a dragon. A lot of her design came from the visuals. It’s not just how she looks or her appearance, the design of the visuals is making it easy for the player to see where the other player’s head is facing and what actions they might be about to perform. We’ve given Min Min a unique hat, for instance, and that allows the player to get a sense of where she’s looking and what action she’s about to take. So it’s not just the looks of the characters, it’s more about how it affects the player’s interpretation of what the other player might be doing.