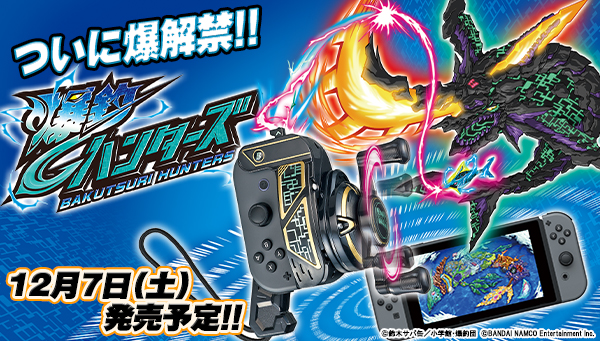 Following the success of Fishing Spirits in Japan, Bandai Namco is preparing another fishing game for Switch. Bakutsuri Hunters will launch on December 7, the company announced today.

The following images have been shared thus far:

Pricing for Bakutsuri Hunters is set at 4,800 yen. Copies include a fishing rod accessory and a reel toy. A DX version will be sold for 6,300 yen with four reel toys. Those who buy the next issue of CoroCoro can access a code for a demo version.