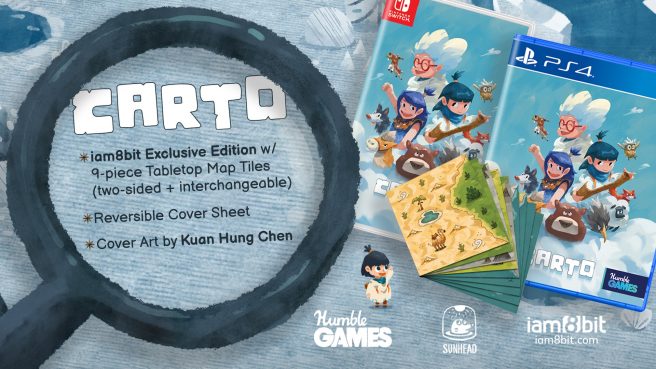 Pricing is set at $34.99 on Switch. All copies will include:

The physical release of Carto can be pre-ordered here, with shipments beginning in Q2 2021. Retailers will also be carrying the title later this year.