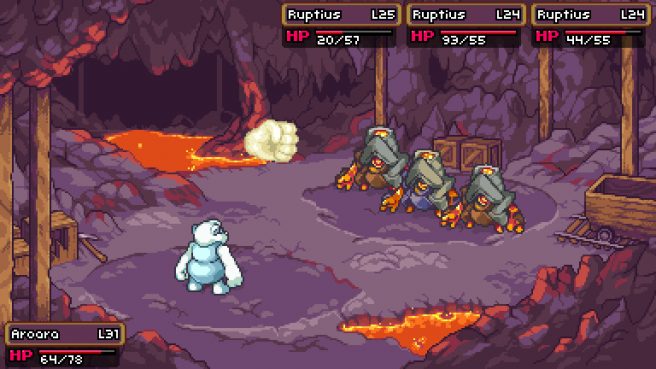 Here’s everything you need to know about Coromon:

Embark on an adventure alongside a squad from more than 120 different Coromon. Battle through a classic RPG campaign and stop a shady organization from devastating the world!

Each Coromon skill depletes a limited stamina supply. Strategize each turn and decide on the right move, be it attacking, replenishing stamina by resting, or healing with a clutch item.

Physical skills use a Coromon’s Attack stats which can combo with other traits to gain an advantage.

Bypass an opponent’s physical defenses with Special skills to deal even more damage. Based on a Coromon’s Special Attack stats, these skills can potentially create powerful combos with status effects.

Weave in Status skills to swing the hand of fate in your team’s favor with passive changes to your current Coromon or the enemy in front of them. Examples of these skills include temporary stat boosts, enemy debuffs, weather summons, among other game-changing effects.

Put the squad’s skills to the test against the Coromon Titans in multiphase boss fights. Muster all the fortitude and strategy your team can, as Titans will change phases inflicting different field hazards, call in backup, and other unexpected complications.

Take the skills mastered through Coromon’s campaign and go head-to-head in online PvP. Annihilate other trainers in casual or competitive ranked matches. See what meta-strategies the community gravitates toward and find a personal battle style to break the mold.

Watch the new battle system featurette for Coromon below.