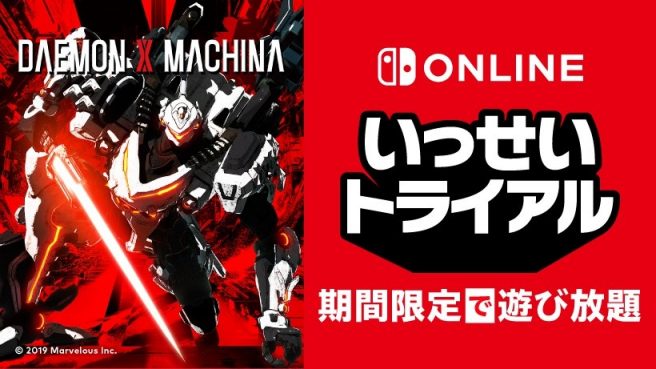 Daemon X Machina will be offered as the next Nintendo Switch Online Game Trial in Japan, Nintendo has announced. With an active subscription, it can be played entirely for free during a limited period.

The trial begins on September 13. Players can experience everything the full version has, including local and online multiplayer. Save data can be carried over to the main game as well.

Additionally, Marvelous will be hosting a pretty large sale for Daemon X Machina. Over on the eShop, it be discounted by 65 percent. Various DLC will be on sale, too.

We will stress again that at least for now, this initiative has only been announced for Japan. It’s unclear if it will be extended to North America or Europe at this time. We do see some Game Trials held in multiple regions, but that’s not always the case. If Nintendo does make announcements for the west, we’ll be sure to let you know. Minecraft Dungeons is an example of one title first confirmed as a Game Trial in Japan before we heard the same news for North America and Europe.