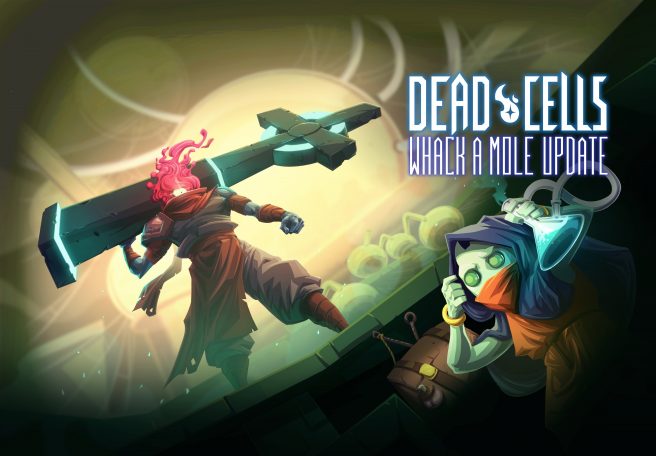 Motion Twin and Evil Empire have revealed the next major update for Dead Cells known as “Whack-a-Mole”. It includes a trio of new heavy-hitting weapons, new mutations and a collection of other enhancements.

In today’s Whack-a-Mole update, players now have access to three delightfully large weapons: The Oven Axe, The Toothpick, and Tombstone, which, well, is a bigass actual tombstone that kills your enemies dead and leaves your mark on your enemy’s grave. Literally.

The dev team at Evil Empire are also getting frisky and experimenting with a new difficulty curve, which introduces a slightly new way of increasing the difficulty from one BC to the next. The full breakdown of how this works, in addition to the full list of fixes, enhancements and quality of life changes, is located in the full patch notes here.