Defend the Rook coming to Switch 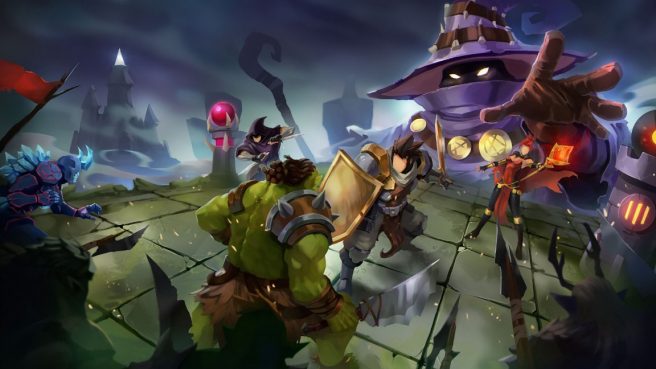 Defend the Rook is in development for Switch, Goblinz Publishing and developer One Up Plus have announced. However, a release window has not yet been announced.

Defend the Rook promises roguelike tactical board combat combined with tower defense elements. For more on the game, continue on below.

A roguelike tactics board combat combined with tower defense elements. Defeat the invading hordes to stay alive and save the land!

Deploy your heroes to outsmart the enemy!
Enjoy more tactics than your average TD game, whilst fighting through waves of enemies.

Turn the tables on the invaders with the aid of devastating spells! Overcome the odds and outsmart the enemy.

Build and upgrade your towers to survive the onslaught!
To survive you’ll need to utilize more than just your heroes wit and prowess! Careful placement of towers and upgrades will be necessary to ensure victory.

Place traps and barricades to defend your castle!
Use these wisely to funnel and confuse the invaders. Wreak havoc amongst their ranks and break up their carefully manicured ranks!

Become a champion to save the kingdom!

Do you have what it takes to save the land? Jump right in and enjoy a set of procedurally generated roguelike battles like no other! Every battle fought is unique.

We have a trailer showing off Defend the Rook below.

Defend the Rook (official site here) is one of several games Goblinz Publishing is planning for Switch. The company’s other upcoming titles include Oaken, Diluvian Winds, and Sandwalkers.

More: Defend the Rook, Goblinz Publishing, One Up Plus