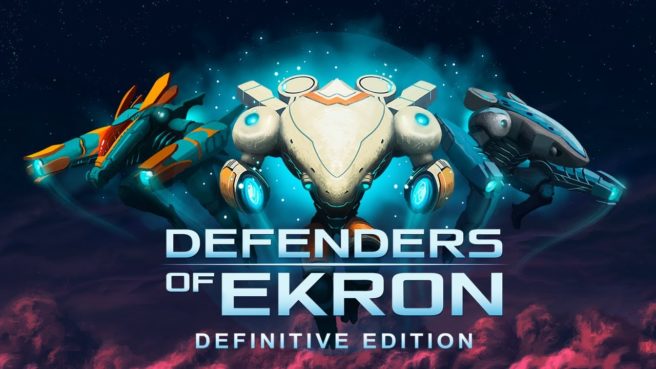 In Vitro Games’ adventure and shoot ’em up game Defenders of Ekron: Definitive Edition is coming to Switch next month. It will be available on December 5, an eShop listing confirms.

We have the following overview and trailer for Defenders of Ekron: Definitive Edition:

Defenders of Ekron in an Adventure/Shmup game that mixes the classic action of a Shmup and the exploration of an Adventure game, including dungeons and a sci-fi experience. You take the role of Eneas, a young and bold cadet that has trained his entire life to pilot his Anakim, an advanced mech capable of absorbing and transforming the energy around it into a special ability, but something goes wrong and Eneas is forced to join an experimental program to face the Renegades, a group of rogue Anakim pilots, that threaten to destroy the nation by leading a civil war. With features like 360° shooting range, unique scenarios to discover, exploration modes to analyze the environment, a powerful shield, and different upgradable Combat modes, you must defend the Technocratic Republic of Ekron, but be careful, for dark secrets await and the limits between right and wrong will slowly fade. Listen to your instinct, because revolution starts within.