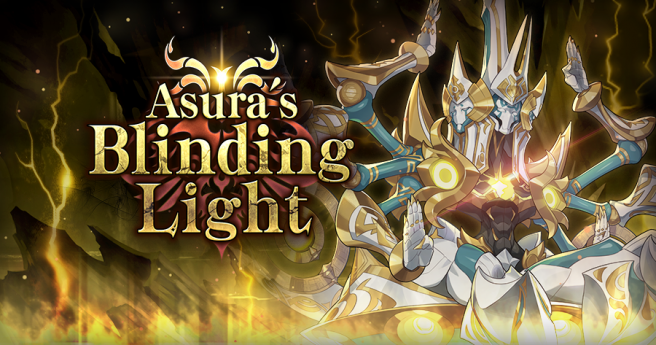 Asura’s Blinding Light has been added to the Rise of the Sinister Dominion in Dragalia Lost. Completing this quest rewards players with materials that can be used to unlock sixth and seventh wyrmprint slots for their shadow-attuned Agito weapons. There are also new wyrmprints up for grabs too.

Also live now is the second part of the Toll of the Deep facility event. This event continuation adds on to the story, gives more quests, and awards new treasure trade rewards. This part of the event will be live until July 18, 2021 at 10:59pm PT.