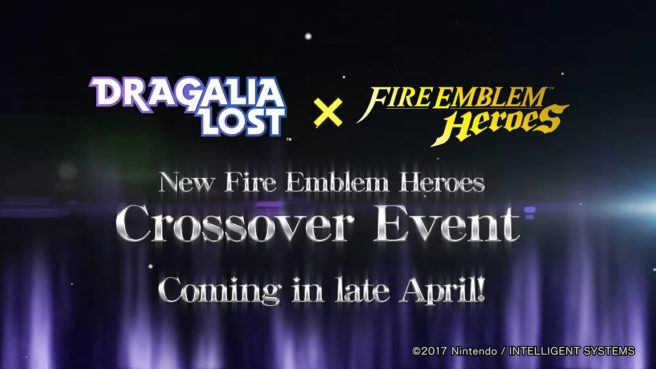 As part of today’s Dragalia Digest presentation for Dragalia Lost, it was announced that a new crossover event is in the works with Fire Emblem Heroes. It will go live in late April. There’s no word yet on what it will actually include, but director Yuji Okada said we’ll have to wait a bit longer for details.

In the meantime, the Fire Emblem Lost Heroes event is making a comeback with Fjorm, March, Alfonse, and Veronica. This will be added to the game on April 19 at 11 PM PT / April 20 at 2 AM ET.