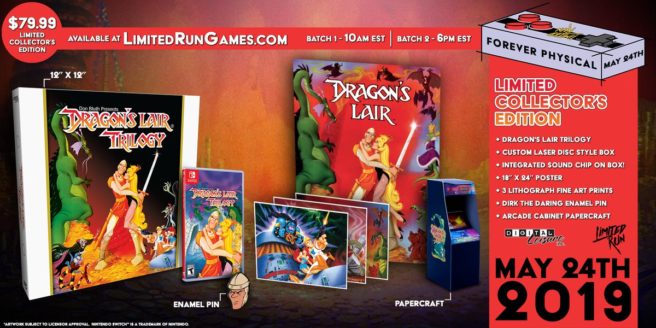 Dragon’s Lair is officially getting a physical release on Switch, Limited Run Games has announced. Pre-orders open this Friday.

Like many of Limited Run Games’ Switch offerings, a collector’s edition will be available. Copies include the game, a poster, enamel pin, and arcade cabinet papercraft.