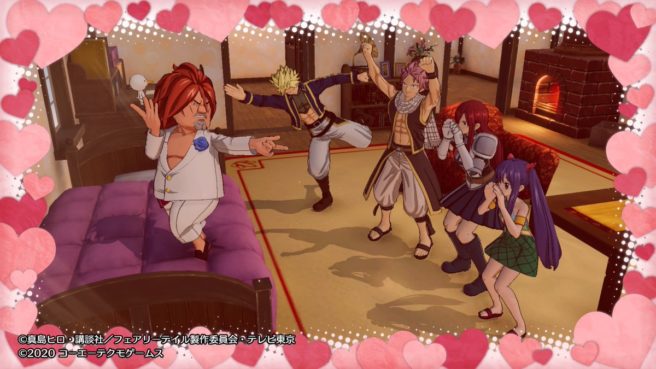 Fairy Tail will be receiving a Photo Mode update next week, Koei Tecmo and Gust have announced. It’ll be made available in the form of a free update.

Lastly, on the same topic of DLC, there will be 48 pieces of costume DLC arranged into three sets. They are as follows:

Here’s a closer look at the upcoming DLC:

The new Photo Mode update and DLC all launch for Fairy Tail on August 6.