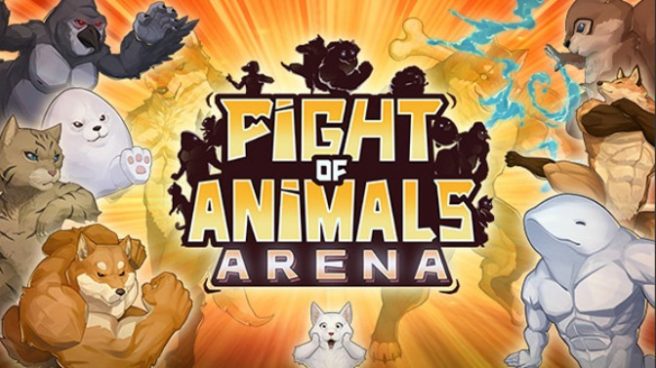 Fight of Animals made it to Switch last year. The next entry in the series, Fight of Animals: Arena, has now been announced for the console as well. Justdan International and Digital Crafter have announced a Switch release for October 14.

Here’s some information about the game plus a trailer:

The fun should not get stopped by complicate controls! “Fight of Animals: Arena” is SUPER EASY to play! The game only requires 4 buttons and direction inputs! you will be a fighter right away without worrying how to do all the moves! Also, with the new Double Jump and Dash/Evade features, it will bring the whole game play into more intense and exciting level!

Yes, that’s right! We got items and weapons in “Fight of Animals: Arena”. You can throw them, and swipe them to whoever getting your way, even eat them!?

Each stage comes with different environment and variant kind of traps!! For example, the swamp that slow you down, iceberg that make you slide around or even a bush you can hide in it!?

The bush you can hide inside, falling ice cone from the top, mystery portal…etc

That’s right, “Fight of Animals: Arena” is a brawler game which
support 4 players local and ONLINE!
Players can select severs around your location and experience our stable high quality rollback online netcode. More than that, Digital Crafter has enhanced the online room feature to make online matching even easier for everyone!

Choose your main and get to know the stages and traps, become the king of all the animals!
Let’s roll!!

Fight of Animals will have a physical release in Japan. An Egg Dog stand and soundtrack CD will be offered as pre-order bonuses.