Five games we want to see on the Wii U

When Nintendo’s newest console, the Wii U, was unveiled at this year’s E3, there was no denying that the console was full of new ideas. But actual games? Not so much. Sure, there were a few titles announced by third-party developers, but it’s tough to get excited over ports of games that are already coming to other consoles or anything titled “Killer Freaks From Outer Space.” All the more reason to write a whole article doing nothing but speculate on all the series and genres we’d most like to see represented on the Wii U. If Nintendo aren’t going to announce anything, why not just make stuff up? 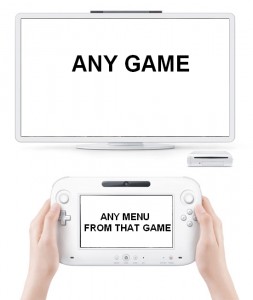 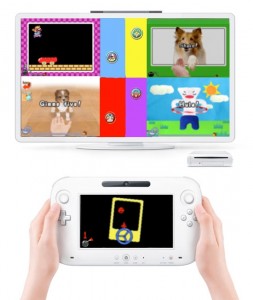 Though there are tonnes of possibilities for new microgames thanks to the Wii U’s interesting controller, a new Warioware game on the console could also serve as a compilation of sorts. Since the Wii U’s controller has buttons, motion controls, a touch screen, a camera, and support for normal Wii remotes, Nintendo’s SPD branch could technically include microgames from every other WarioWare title. The main complaint about the WarioWare series is that the games are a bit on the short side, so the hundreds of other microgames from previous games in the series could help pad out all the new content. It’s not really filler if it’s enjoyable.

Another feature that could help increase the longevity of a Wii U WarioWare is if the whole microgame-creating aspect from WarioWare D.I.Y. was expanded on. The Wii U controller’s touch screen would make it easy to create and edit your own microgames, and —if Nintendo are really trying to push online connectivity with the Wii U— sharing them via the Internet would be much easier with the ability to store games on the console’s hard drive. Throw in all the multiplayer modes from the Gamecube WarioWare game and you’ve got a package that could make even the most jaded gamer interested in minigames. 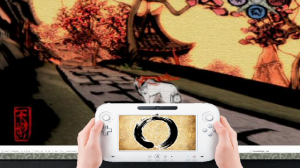 This picture wasn’t made by me, which is why it actually looks decent

OK, so this one is just wishful thinking. Clover’s gorgeous PS2 and Wii game recently got a sequel in Okamiden despite the fact that most of the staff who made the original moved on to better things (read: Bayonetta), but I don’t think any executives at Capcom are clamouring for a third Okami game after the first two sold abysmally. It’s a shame, because Okami’s beautiful cel-shaded graphics would look absolutely amazing in high definition and without any of the pop-in or lengthy loading times. And while Okamiden lacked the scope, the detail and the imagination of the first game, it did add the idea of using the Nintendo DS stylus as the “Celestial Brush” —Amaterasu and Chibiterasu’s trademark technique that “paints” various miracles into the game— which ended up working very effectively. Given that the Wii U basically turns your TV into one giant Nintendo DS, drawing on the Wii U controller’s screen should feel suitably intuitive and much easier to use than the PS2’s analog stick or the Wii inaccurate pointer. Also, a new Okami game would need to feature actual voice acting rather than the Animal Crossing-esque gibberish that put so many potential players off. 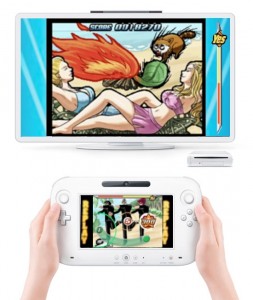 Like Okami, it’s unlikely that we’ll ever see another game in this series considering that neither Elite Beat Agents or its Japanese counterpart —the Osu! Tatakae! Ouendan series— sold very well, but there’s no reason why we can’t speculate about how amazing an Elite Beat Agents game on the Wii U could be. For those of you who didn’t play this Nintendo DS title —and going by sales, you probably didn’t— it’s a rhythm game where you tap icons on the console’s lower screen in time with various family-friendly songs (two of which somehow contain references to masturbation). It all sounds fairly uninspired, but what pulls it all together are the titular Elite Beat Agents; secret agents that use the power of song and dance to inspire others, fight off aliens, and bring back dead people.

They also made me cry.

Since, like Okamiden, the original game makes good use of the DS’s touch screen, a possible sequel would work well on the Wii U. The motion controls and other features in the new console’s controller could help to mix up the gameplay a bit. The game’s developers, iNiS, seem to have plenty of unique ideas for rhythm games as evidenced by their other insane titles like Gitaroo Man, so it’ll be interesting to see if they do anything with this new technology assuming their can drag themselves away from making Lips games.

If they change anything about the original Elite Beat Agents, iNiS should replace the “spinner” notes to prevent anyone from scratching a hole in the center of that expensive-looking controller. Also, the main screen could be a bit boring if it just displayed looped animations like in the DS game (at least as boring as watching a baseball player fight a fire-breathing golem can be). One possible idea is to add the ability to download ghost data to the console and display other players’ score and gameplay on the main screen while playing on the Wii U controller. Heck, we’d even settle for a new Ouendan game instead, provided the Wii U doesn’t end up being region-locked. 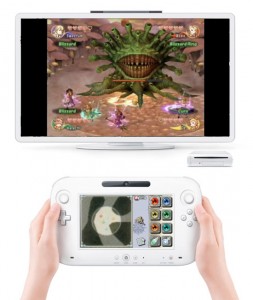 The whole Wii U concept seems to be a natural extension of Nintendo’s early experiments with connectivity between the Game Boy Advance and the Gamecube, so it would make sense to revisit one of the more interesting games to use that connectivity —Final Fantasy: Crystal Chronicles. The problem is that Crystal Chronicles eventually evolved into its own “sub-series” and I don’t think Square-Enix has any idea of what to actually do with it. Over the last three years the series has been a portable RPG, a microtransaction-heavy town management sim, a co-operative online RPG, a microtransaction-heavy tower-defence game, and a sandbox game with bizarre minigames.

It seems Square-Enix need to go back to basics and make another RPG like the original Crystal Chronicles; a co-operative experience, though with online play so those of us without three friends handy can still have a good time. One issue with
Final Fantasy: Crystal Chronicles was that one player was stuck holding a “crystal chalice” while everyone else got to fight enemies while dungeon crawling. Granted, it made everyone depend on the chalice-holder since venturing too far from the group resulted in death, but it wasn’t much fun for the person stuck lugging it around. If a Crystal Chronicles game on the Wii U stayed similar to the original, it should make the player holding the crystal chalice use the Wii U controller. Since the system reportedly only supports one of the controllers anyway, the player with it could have all the abilities that used the Game Boy Advance’s screen such as viewing maps, enemy information and hidden items. Even if they aren’t always a part of the action, this would make sure that everyone on the team still had plenty to do.

Oh, and the composers of Final Fantasy: Crystal Chronicles: The Crystal Bearers’ soundtrack need to return. Hidenori Iwasaki, Ryo Yamazaki and Kumi Tanioka did some fantastic work on that game and I want to see them work on even more Square-Enix titles.

Bass guitar and bagpipes, together at last

Some kind of MMORPG

The problem with modern MMORPGs is that that their interface is usually a horrible mess of icons, text boxes and numbers. Granted, a few MMORPGs on the PC support two or more monitors to help unclutter things, but most of the time they just look like, well, a complete clusterduck.

That’s why the MMORPG would be the kind of genre that translates well to the Wii U. If all the menus, maps, and chatlogs were on the bottom screen, all that would remain on top is pure gameplay with none of that inessential junk surrounding it. Again, if Nintendo are trying to sell the Wii U’s online multiplayer, having an MMO on the system would be a big selling point. And while it would be easy for developers to port something like Final Fantasy XIV, I’d like to see Nintendo try their hand at making an MMO. Because if anyone can make me care about a genre I have no interest in, it’s Nintendo. Plus, they’ve got all these existing worlds to draw from —how cool would a Zelda or Metroid MMO be? Actually, that sounds like it’d be a complete trainwreck but at least it’d be interesting.

So, what franchises and genres would you like to see on the Wii U, dear reader? There are plenty of other games I want to see make an appearance on the Wii U like F-Zero, Tatsunoko vs Capcom, Zack and Wiki, and Pokemon Snap, but I had to cut the article short. Because Minecraft. Actually… 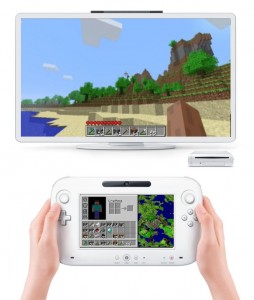