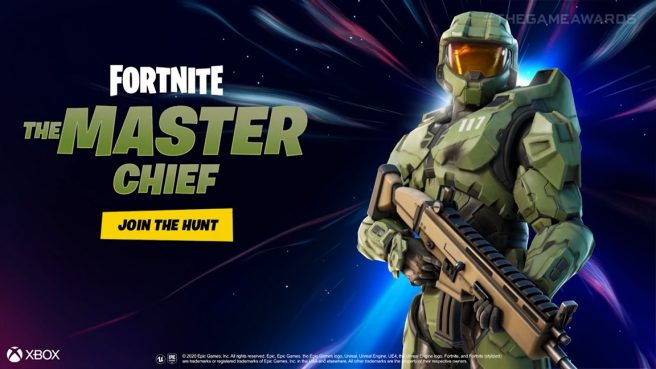 Epic Games announced at The Game Awards 2020 that Master Chief, who originates from Halo, will be appearing in the game.

Here are all of the relevant details and trailer:

The next figure from across realities to travel through the Zero Point is none other than the Master Chief. Defender of humanity and destroyer of alien ringworlds, few are more qualified to take on the Island’s bounties and its existential Zero Point threat than John-117.

Part of the Gaming Legends series, The Master Chief set is available in the Item Shop starting December 10 at 7 PM ET. “Chief” among this set is the Master Chief Outfit: suit up in the Mjolnir Powered Assault Armor and become a Spartan-II.

Rep the United Nations Space Command (UNSC) with other items in The Master Chief set. In battle, make your landing with the UNSC Pelican Glider, a miniature Dropship 77-Troop Carrier. And cover your back with the Battle Legend Back Bling — a holographic Elite skull which serves as a trophy of the Chief’s exploits. Also, when harvesting, batter like a Brute with the Gravity Hammer Pickaxe.

You may have driven a car or a motorboat on the Island, but are you ready to tame a wild Warthog? With the traversal Lil’ Warthog Emote, take a mini-M12 Force Application Vehicle for an off-road or on-road drive.

Later in the month, characters from The Walking Dead will be added as well: 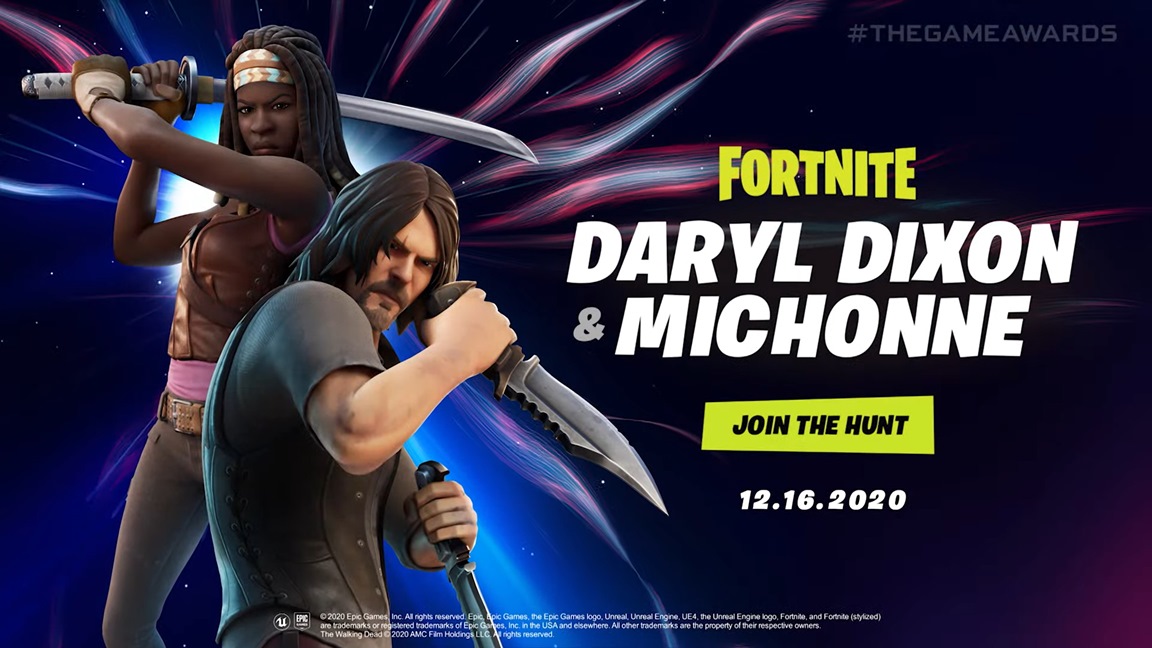