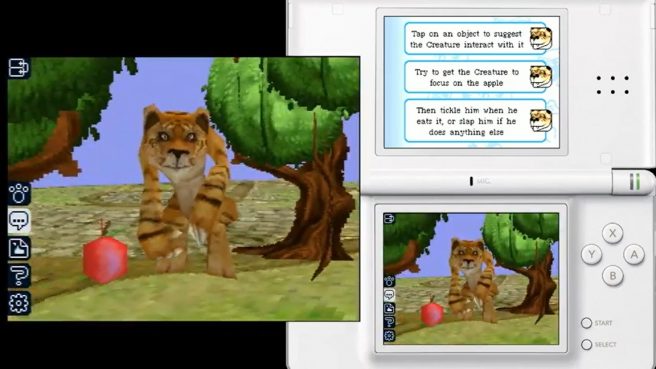 Back in 2001, EA and Lionhead Studios teamed up on Black & White, a well-received simulation game that essentially lets you play as god. The DS was actually planned to receive a spinoff of the series, though it never came to be.

Full Fat was tasked with creating the game for Nintendo’s portable system under the name Black & White Creatures. It’s unclear why the project was scrapped in the end, though we do know that it would have been quite different as it was more of a pet simulator.