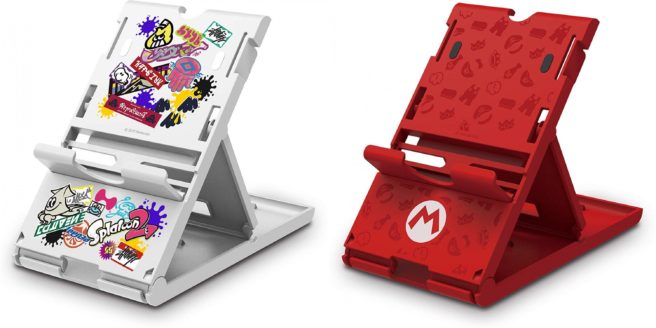 HORI will soon be releasing a pair of new, officially-licensed playstands for Switch. One is styled after Splatoon 2, while the other carries a Splatoon 2 theme.

The stands allow users to play at an angle without having to hold the system as it’s charging. You can also fold it up for easy portability.

Play-Asia is taking pre-orders for both stands here. They’re tentatively scheduled for the end of March.