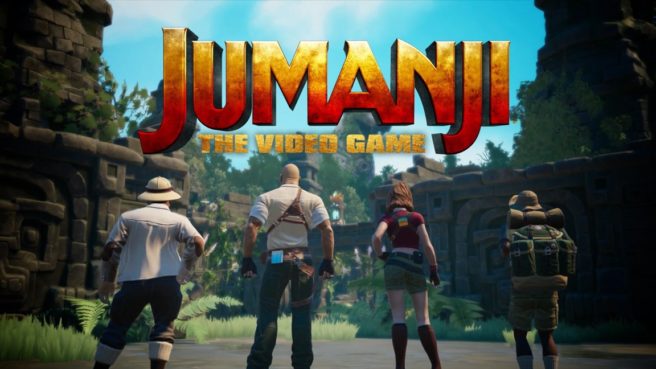 Jumanji: The Video Game is coming to Switch, Outright Games has announced. It is being developed by Funsolve, which appears to be the studio’s first title.

Jumanji: The Video Game is a 3D action-adventure set in the world of the massively successful Jumanji film franchise, built with Unreal Engine 4. Find some additional details and the announcement trailer below.

Unite in adventure and laughter in the action-packed game of Jumanji, as you try to survive the ultimate challenge for those seeking to leave their world behind!

Only you and three teammates can recover the JEWELS and save Jumanji. Gather friends for split-screen play, or go alone with AI companions. There’s an army of evil marauders to take on, deadly beasts and traps to dodge, and cool customizations to unlock.

And with heroes Dr. Bravestone, Ruby, Mouse, and Prof. Oberon as your avatars, you know you’ve got the unique abilities – and hilarious failings – to save the day!

We’ll be seeing Jumanji: The Video Game on Switch starting November 15. Have a look at a few screenshots below.