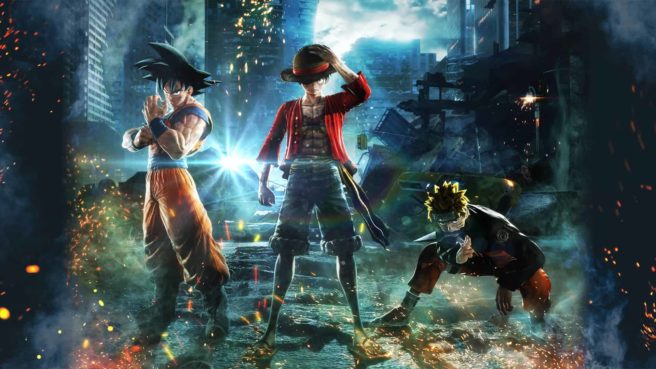 Jump Force Deluxe Edition is on the way to Switch, the latest issue of Weekly Jump reveals. The fighting game will launch later in 2020.

Here’s an overview of Jump Force, along with a trailer:

The most famous Manga heroes are thrown into a whole new battleground: our world. Uniting to fight the most dangerous threat, the Jump Force will bear the fate of the entire humankind.

Create your own avatar and jump into an original Story Mode to fight alongside the most powerful Manga heroes from DRAGON BALL Z, ONE PIECE, NARUTO, BLEACH, HUNTER X HUNTER, YU-GI-OH!, YU YU HAKUSHO, SAINT SEIYA and many others.

Or head to the Online Lobby to challenge other players and discover lots of modes and activities.