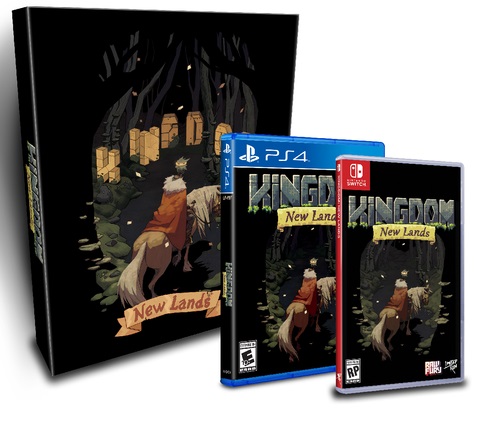 Limited Run Games held an E3 press conference yesterday where it announced physical releases for Switch as well as new titles entirely. However, the company held off on sharing one more reveal until after the event.

In partnership with Raw Fury, Limited Run Games will be offering a physical version of Kingdom: New Lands. It will be available to pre-order starting June 22 at 10 AM ET.

A limited collector’s edition will available with the following: