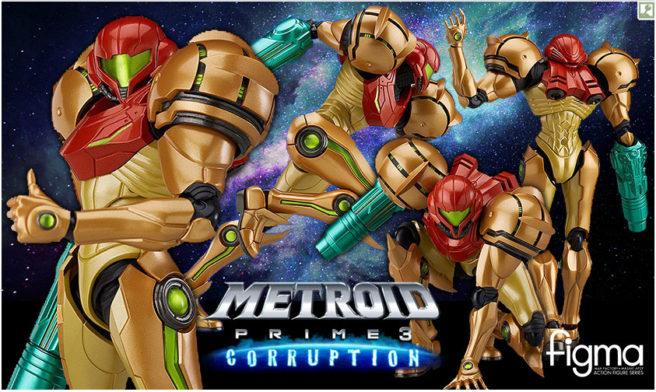 The Samus Aran figma based on her appearance in Metroid Prime 3: Corruption isn’t too far off. It now has a targeted release window of October, and pre-orders opened today.

You can pre-order the figure on Play-Asia here. Good Smile is also taking reservations here while it’s up on AmiAmi here.

Here’s a closer look at the new Samus Aran figma: