Renegade Kid, the famed developers behind the technically impressive titles Moon and Dementium, have revealed a brand new 3D platformer for the Nintendo DS. First video, details and screenshots below.

– Runs 60 FPS
– Take on role of Maximillian – meteor crashes, neighborhood taken over by Mudds
– Max builds tools including water gun + backpack -> can double-jump between platforms
– Water bombs and other gadgets available later in the game
– Trying to take out Mudds
– Control Max with d-pad, jump with A, X to shoot water
– Camera centers behind Max while turning, but can use free look with touch screen
– L/R buttons used for first-person view, then aim with d-pad
– Project is very early on
– No publisher yet
– Might head to DSiWare, might be retail release, or both 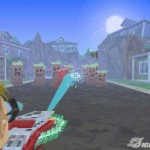 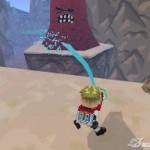 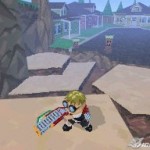