Niche coming to Switch this September 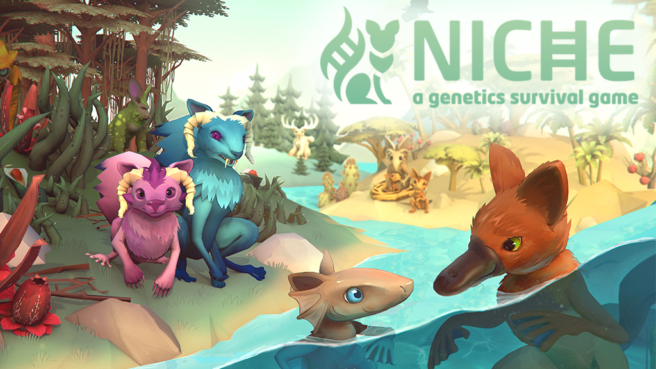 Genetic survival sim Niche, from developer and publisher Stray Fawn Studio, has been announced for a Switch release this September. Check out an overview and the initial trailer below.

Niche is a colourful genetic survival game about selectively breeding and evolving an adorable species of creatures to keep them alive against all odds, such as hungry predators, climate change and sickness. Combining turn-based strategies with simulation and roguelike elements, the game provides tons of different approaches to survive in the harsh environment.

Stray Fawn Studio’s game designer Philomena Schwab always had a strong affinity for biology and even struggled for a time to decide whether she wanted to pursue that field or game design. As a result, she decided to create Niche, a game about population genetics with a mating system based on real gene science, featuring mutation, dominant/recessive/codominant heredity and much more.

– Living, dynamic and vibrant world to test the player’s survival skills
– A breeding system based on real genetics – Learn about the scientific mechanics of genetics while experimenting with the game
– Featuring the five pillars of population genetics (genetic drift, genetic flow, mutation, natural selection, sexual selection).
– Introduces the scientific mechanics of genetics as game mechanics to be learned through play (featuring dominant-recessive, co-dominant inheritance, etc)
– Over 100 genes to shape species! Shape your own species using real animals DNA, yes, even a green cat-dog-fox-platypus if you wish!
– Procedurally generated worlds and animals
– Five biomes featuring different predators, prey and flora to explore
– Roguelike elements – If the player’s species goes extinct, the game is lost and the cycle begins anew.