Nintendo reveals the best-selling indie games of 2020 on Switch 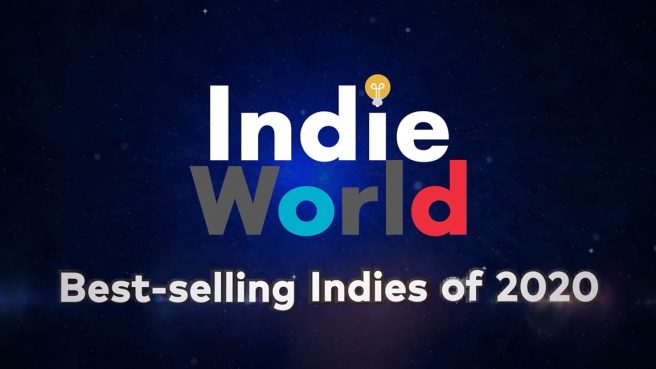 In a new video published today, Nintendo revealed the best-selling indie games of 2020 on Switch. A number of heavy hitters are present, including Hades, Streets of Rage 4, Ori and the Will of the Wisps, Sakuna: Of Rice and Ruin, Bloostained: Curse of the Moon 2, and more.

Here’s the full list, along with a video promoting the news:

– Hades
– Streets of Rage 4
– Spiritfarer
– Moving Out
– Ori and the Will of the Wisps
– Carrion
– What the Golf?
– Shantae and the Seven Sirens
– Super Mega Baseball 3
– Superliminal
– The Jackbox Party Pack 7
– Sakuna: Of Rice and Ruin
– Kentucky Route Zero: TV Edition
– CrossCode
– Bloodstained: Curse of the Moon 2
– Neon Abyss

Unfortunately, Nintendo didn’t elaborate on these games aside from showing them off in the video with a brief bit of gameplay. It’s unclear if they were presented starting with the best-selling title overall, which would be Hades.