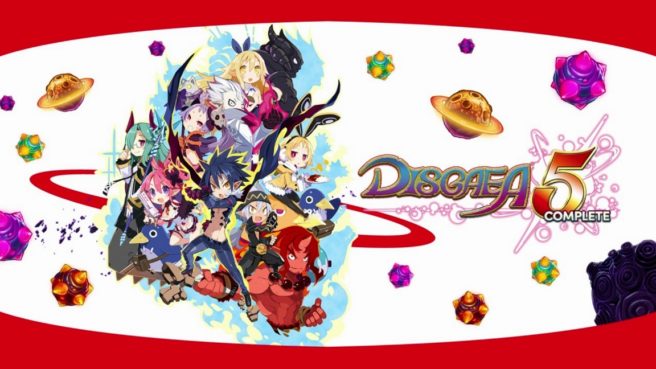 Japanese website 4Gamer published a new interview today looking back on the history of Disgaea. There are a couple of interesting excerpts in particular, especially when it comes to Nintendo.

First, Nippon Ichi president Sohei Niikawa and Disgaea director Takehisa Matsuda shared the following about Disgaea 5 Complete’s success on Switch and getting it ready in time for the system’s launch:

It’s impressive that you were able to release the Switch version of Disgaea as a launch title for the console!

Niikawa: The Switch version sold incredibly well, truth be told. Domestically, the game sold about half as well as the PS4 version, but in North America and Europe sales exceeded 200,000 units! There was a hitch, though: in Japan, the games have previously sold well as handheld titles, but overseas they sell primarily for home consoles. The Switch was the solution to that issue, and was probably related to the game selling well, I think. Looking back on it, it was a good thing the game’s release lined up with the console’s launch.

You must’ve concentrated all of your efforts into including the title in the console’s launch lineup – there weren’t that many other games at the time.

Niikawa: It was because Nintendo released information about the Switch fairly early that we were sure we could overcome that aforementioned “hitch.” We were sure we’d be met with success if a small company like us were to release one of our games as a launch title on one of Nintendo’s consoles. We worked hard to make sure the game was ready in time!

Matsuda: It seemed like an impossible feat given that there was only six months until the game’s development deadline – but we gathered up the best of the best of our team and made it happen.

Matsuda and Niikawa also spoke quite highly of Nintendo on the whole:

So, the Switch version of Disgaea 5 was developed over the course of six months… Was it because it was easy to develop?

Matsuda: Right, Nintendo was incredibly attentive to us before release; responses were quick, and their technical support was quite extensive – I was even asked to come to Gifu just for a technical lecture!

Niikawa: Nintendo has been very cordial with us even since the days of the Nintendo DS; if we asked, they’d give us all kinds of advice concerning things like operability/user-friendliness and the like. Even though that kind of advice is commonplace, I can personally attest to how great Nintendo is! That being said, though, I don’t want people to misunderstand what I’m saying and think we only went to Nintendo for support – Sony too, of course, was incredibly helpful in a variety of ways.

Other than that, Disgaea 6 was once again confirmed in the interview. No news on when it will be available and on which platforms, however.