Players compete as an elite Zero-G pilot racing against fearless rivals from across the stratosphere in 7 gut wrenching tournaments.

Every second counts as players take control of one of the most technologically advanced racing craft in the galaxy. Capable of reaching break neck speeds, they will need lightning reactions as they negotiate a massive 21 different tracks packed with obstacles, mines, tunnels and insane G-force drops.

The brilliant Wi-Fi multiplayer mode encourages players to challenge their friends or link up with players from across the globe. Find out who will rein champion of the world. This is racing like you’ve never seen before!

Zero-G is exclusively available for the Nintendo DS™ and is released on the 18th April 2008.

When Super Smash Bros. Brawl was released, an explosion of users tested the waters of the Nintendo Wi-Fi Connection. Unsurprisingly, a ton of lag and online issues plagued the experience. There has been a strong demand for Nintendo to fix the issues with Brawl’s online modes, and, in some ways, the company has. The spectator mode has been fixed, and options now appear. However, not everything is perfect yet. Instead of looking into fixing more problems, Nintendo has decided to wait out the issues the Wi-Fi Connection has been faced with.

“As with the launch of any online-enabled game, especially one as popular as Super Smash Bros. Brawl, everyone wants to play at once. This puts a strain on the pipeline. We have seen improvements in online play performance every day since launch.” – Nintendo spokesperson

Brawl sells at a rate of more than 120 per minute

REDMOND, Wash., March 17, 2008 – After just one week on store shelves, Super Smash Bros.® Brawl for Wii has become the fastest-selling video game in Nintendo of America’s history. Since its launch on March 9, the feature-packed fighting action game has sold more than 1.4 million units in the United States, including more than 874,000 on March 9 alone. It has sold at a rate of more than 120 units per minute between launch and March 16.

Super Smash Bros. Brawl features a nearly limitless variety of options for players. Dozens of classic Nintendo characters like Mario™ and Pikachu® are joined by industry icons like Sonic The Hedgehog™ and Metal Gear’s Solid Snake for all-out four-player battles. The endless customization keeps players coming back for more. The previous game in the series, Super Smash Bros.® Melee, became the best-selling Nintendo GameCube™ game of all time with more than 7 million copies sold worldwide, so it’s no surprise to see this latest installment racking up record numbers.

END_OF_DOCUMENT_TOKEN_TO_BE_REPLACED

Ubisoft cutting down on FPS games Are hardcore FPS titles going out of style? According to Ubisoft, yes. Phil Therien of Ubisoft made a comment that first-person shooting games do not provide enough revenue to warrant the development process of these games. Moreover, Therien noted that the market is “too narrow” to continue to develop as many FPS titles as the company has done in the past. Arguably, this is due to the overwhelming success of casual games. Will more companies follow in the steps of Ubisoft?

Are you afraid of the dark? If so, this is a great week to face your fears with a pair of eerie new game offerings on Nintendo’s Virtual Console™. One will plunge you deep underground to navigate perilous caves, while the other puts you on the front lines of a darkly sinister space war. In either case, your frights will give way to serious fun.

Nintendo adds new games to the Wii™ Shop Channel at 9 a.m. Pacific time every Monday. Wii owners with a high-speed Internet connection can redeem Wii Points™ to download the games. Wii Points can be purchased in the Wii Shop Channel or at retail outlets. This week’s new games are:

END_OF_DOCUMENT_TOKEN_TO_BE_REPLACED

Free $10 gift card when you buy any of the following games:

Posted 13 years ago by Brian in Site updates | 1 Comment

How many of you have been playing your brains out this week, enjoying Super Smash Bros. Brawl? I certainly know I have! In honor of the release of Brawl, I have set up a tournament on our forums. You can read up on all of the details at the link below. To sign-up, just register on the forum and post that you wish to participate in the topic. The prize? A Virtual Console game of your choice.

Lineup of second half games of 2008 to be revealed at E3, more

Posted 13 years ago by Brian in News, Wii | 6 Comments 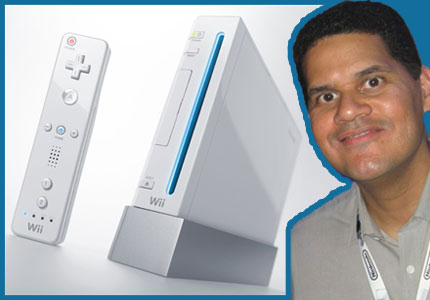 Gamers, fear not. Although Nintendo fans have been concerned about the second half of 2008, Reggie Fils-Aime has confirmed in a GameTrailers TV episode that Nintendo’s second half lineup will be announced at E3. Furthermore, he noted that a huge “gamers” game will be releasing this holiday, and that casual gamers will be content with the future as well.