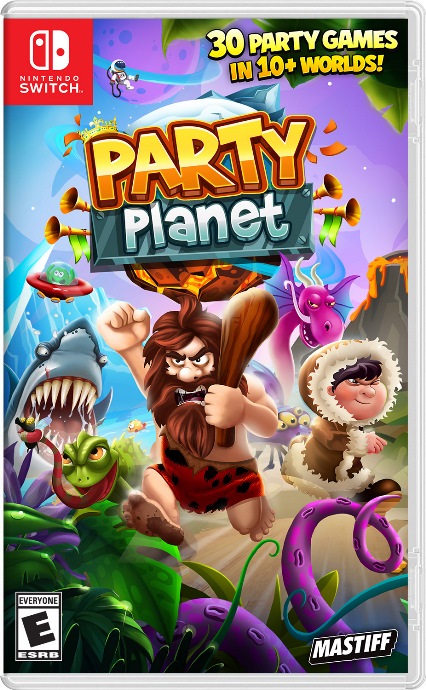 First made known through a retailer listing last weekend, Planet Party has been officially announced for Switch. Mastiff is publishing the game on December 12. The physical version will be exclusive to GameStop in the United States.

We’ve included some additional information about Planet Party below, along with a few screenshots.

Published by Mastiff and developed by Teyon, Party Planet is a must-have compilation of games that perfectly complements Nintendo Switch by offering fun for everyone! Anyone, regardless of age or skill level, will have an absolute blast playing any of the 30 party games, 18 of which can be played with up to 4 players for some friendly cooperative or competitive play. And with the portability and versatility of Nintendo Switch, players can turn just about any location and venue into their own personal party for friends and family!

Everything from action, to puzzle, to sports…it’s all here in Party Planet!

Party Planet Features:
– Players will climb, run, jump, sail, rocket, shoot, and even putt their way across 10 vibrant, exciting, living worlds
– The more players explore the more games they’ll unlock, for a total of 30 family friendly games
– It wouldn’t be a party without friends – up to 4 players can join in the fun for some friendly competitive or cooperative play
– Enjoy single-player or local multiplayer gaming from just about anywhere on the planet with just one system and one game

Mastiff will be sharing more information about Planet Party, including a full list of included games in the coming weeks.