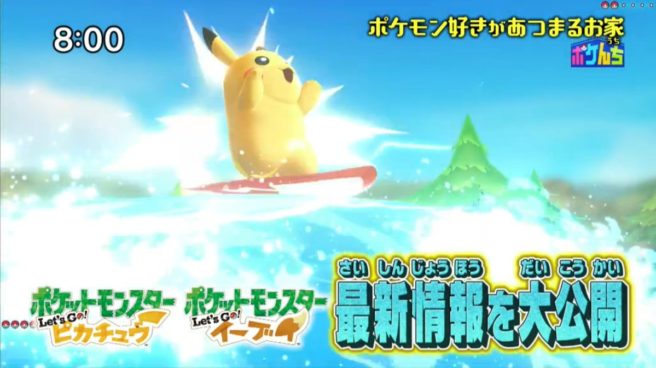 Game Freak director Junichi Masuda appeared on this week’s episode of Pokenchi as promised. Masuda was present to share a few new details and footage – the latter of which is not available just yet, unfortunately.

First up, Masuda showed various changes with HMs where you call upon Pikachu / Eevee to summon a special move to cut trees or Surf. Such moves do not take up your moveslots.

Viewers were also shown a new Water-type move for Pikachu called Splash Surf. As for Eevee, the Pokemon can use a special Fire-type move called Flare Burn.

Here are some images shown on Pokenchi: