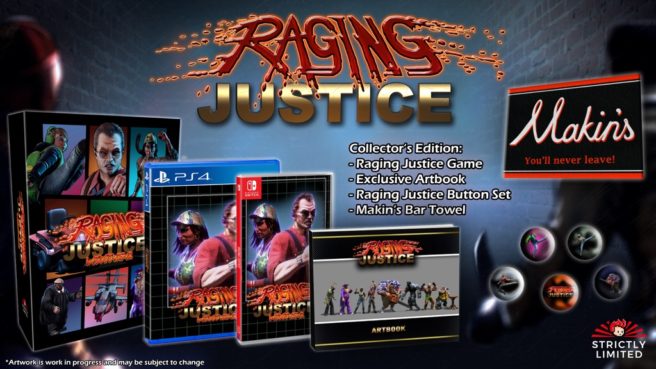 Strictly Limited Games has announced a partnership with Team17 and MakinGames to produce a physical version of Raging Justice. It will be available to order starting March 31.

Along with a standard copy, Strictly Limited Games is also preparing a limited edition. The latter version includes:

The standard version of Raging Justice will be limited to 2,700 copies worldwide while the limited edition will only have 1,300 units. You’ll be able to place an order here.