Reflecting on The Game Awards 2022 (and all Switch announcements, awards) | Nintendo Everything Refresh Ep. 036

Posted on December 14, 2022 by Nicholas Serpa in Podcast, Switch 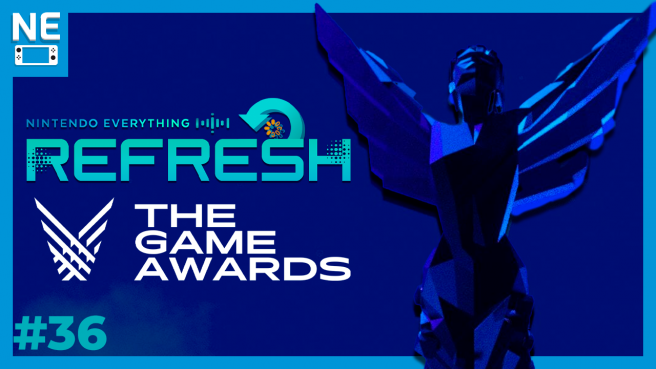 Between the announcements of Hades II, a Bayonetta prequel, a new Hellboy game and more, The Game Awards 2022 was filled with surprise reveals for the Switch! In this special episode of Nintendo Everything Refresh, join your hosts Nick, Nicolas and Dennis as they discuss the show in detail – not just the game reveals, but of course the awards themselves too! They’ll also break down other big news from last week, including Call of Duty’s return to Nintendo platforms.

Our podcast is available on most major streaming platforms, including Spotify, Apple Podcasts, Google Podcasts, Amazon Music and Audible, or you can check out the video version on YouTube.

Direct downloads are also available for free through our friends at ListenNotes. Have ideas or suggestions for the show, or want to submit a fan question or topic for a future episode? Let us know what you think – and thanks for listening!

32:31 The Awards that Nintendo won