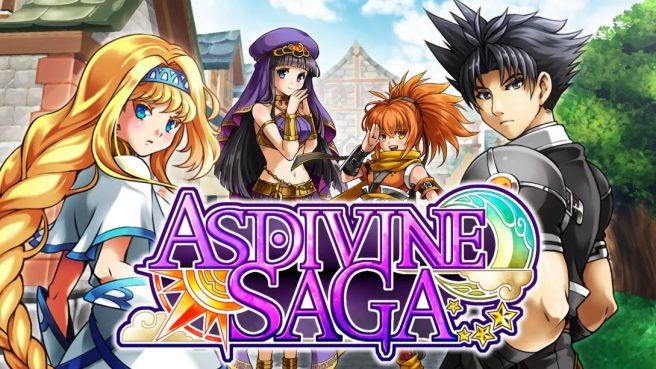 Kemco and Exe-Create are soon rolling out another RPG for Switch, as Asdivine Saga will be appearing on the system in just a few days. According to an eShop listing, it’s scheduled for September 30.

Learn more about Asdivine Saga by reading up on the following overview:

In a world facing a sudden war, a mercenary by the name of Vyse finds himself seeking to uncover the evil machinations operating behind the scenes. Joined by a pair of royal princesses and shinobi, does success lie in the cards for this unlikely band of adventurers when danger seems to lurk at every turn…?!

Master the art of throwing and level monsters to the dust! Get powerful support from spirits that can be equipped to enhance magic, and upgrade weapons and synthesize rings to power up in battle. You can even get special endings by building up trust with other characters, and take on the strongest at the battle arena to enjoy this fantasy RPG in its entirety.

And here’s a trailer for Asdivine Saga ahead of its upcoming Switch release: