Rumor: Next Skylanders game is “Skylanders: Imaginators”, launches in October 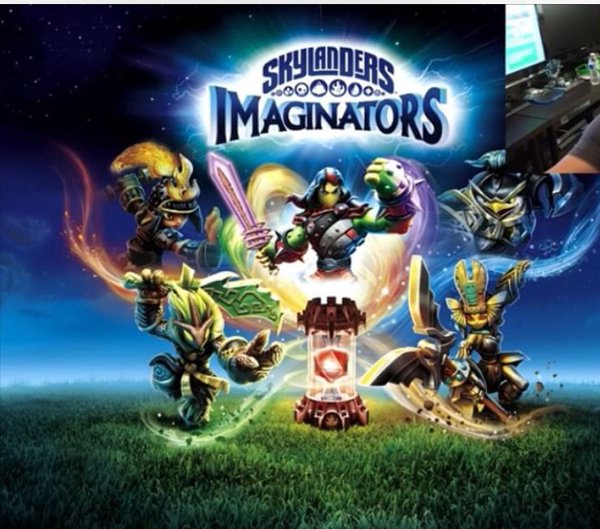 Portal Masters can unleash their imaginatons like never before when Skylanders Imaginators launches on October 16 in North America! Skylandes Imaginators gives kids the power to create Skylanders and bring them to life for the first time in an all-new adventure with a compelling storyline, puzzles, battles, and a new lineup of heroes and villains.

Since the inception of Skylanders, kids around the world have imagined their own Skylanders characters. Toys for Bob, the orignators of Skylanders and pioneers of Toys-to-Life, is back as the lead development team. Skylanders Imaginators will offer fans more choices than ever before with infinite possibilities to create. Now fans can create their own Skylanders with endless combinations of powers, abilities, catchphrases, and much more that deliver hours of replayable fun.

The story of Skylanders Imaginators takes place long ago when the Ancients used a mysterious power known as Mind Magic to create everything in Skylands. With it, they conjured into existence anything that they could imagine. However, they soon learned that in the wrong hands, it could be very dangerous, and so they sealed it away so that it could never be misused. After discovering this ancient secrete, Kaos has unleashed the power of Mind Magic into Skylands once again – and he is using it to create an unstoppable army of Doomlanders, the likes of which have never been seen! Now it’s up to Portal Masters to create Skylanders Imaginators from their own imagination to stop Kaos and his evil Doomlanders before it is too late. And to help train them, Eon is sending the greatest mystic warriors of all time – the Senseis!

Skylanders Imaginators supports the 300+ character toys from all previous Skylanders games – including Skylanders Superchargers, Skylanders Trap Team, Skylanders SWAP Force, Skylanders Giants, and Skylanders Spyro’s Adventure – that kids can enjoy in the real world and in the virtual game world. As plays add new Skylanders to their collection, they expand their in game experiences.

Create your own Skylander – For the first time, their imaginations to life and create their own Skylanders, called Skylanders Imaginators. With endless creation options of powers, abilities, catchphrases, appearance and much more, kids can build their very own creations out of their imaginations, or use the randomize feature to allow the game to choose parts for them.

Meet the Senseis – The Skylanders franchise continues to offer engaging characters that kids love to discover as they play the game. Skylanders Imaginators will introduce new guest stars to Skylanders called Senseis to fans. Senseis include 20 new characters and 11 former villains. Each Sensei is a master of one of 10 powerful Battle Classes (e.g. Knight, Sorcerer, Brawler, and more).

Being the master of these Battle Classes, only Senseis have the ability to unleash Sky Chi – the ultimate Battle Class super move. Sensei Skylanders have a master-to-apprentice relationship with newly created Imaginator Skylanders. This is supported in-game through the Sensei unlocking of unique Imaginator weapons, the increase of Imaginator level caps, providing access to special areas in the game, as well as the unlocking of new Secret Techniques for Imaginators of the same class.

New Storyline and Gameplay – Skylanders Imaginators features an all-new adventure-filled, comedic and charming story with fun new characters, as well as returning franchise favorites. The game delivers a diverse and dynamic story-driven gameplay experience, focused on the magic of sparking imagination, inspiration, and excitement of kids as they create their own superheroes – all set within a variety of compelling new environments.

Additionally, Skylanders Imaginators will support local co-op multiplayer. Players can place two Creation Crystals or two toys or a combination of the Crystals and toys on the Portal of Power to maximize the fun!

Returning Core Characters – Skylanders Imaginators also will feature fan-favorite characters who make an appearance in both the storyline of the game – and the upcoming Skylanders Academy television series!