Sakurai on the future of Smash Bros. 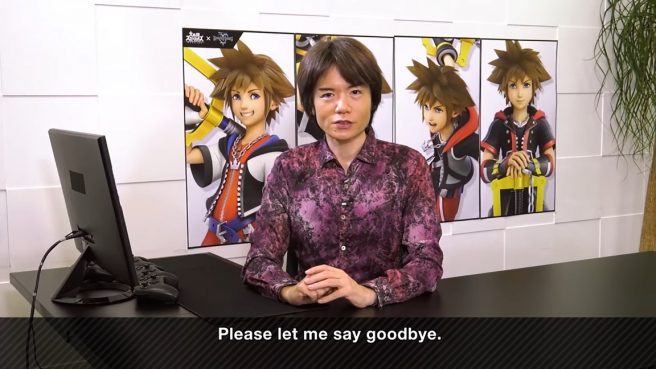 Super Smash Bros. director Masahiro Sakurai has opened up a bit about the future of the series. This comes as part of an interview with Famitsu.

The new issue of the magazine isn’t actually out yet, but some early tidbits have come online and Siliconera has provided a translation. Read the full rundown below.

Other than some tidbits about the future of Super Smash Bros., Sakurai also talked more generally in his final Famitsu column. He mentioned wanting to conceal himself for awhile and not being at liberty to say what he will do or create soon. Sakurai added that it may be even better if people end up forgetting about him, though he’ll be careful not to make himself fade out.

As we’ve always done for Sakurai’s noteworthy columns, we’re planning a full, proper translation of his latest piece. We’ll have it within the next few days – stay tuned. In the meantime, you can read about what Sakurai had to say regarding Sora in Smash Bros. Ultimate here.