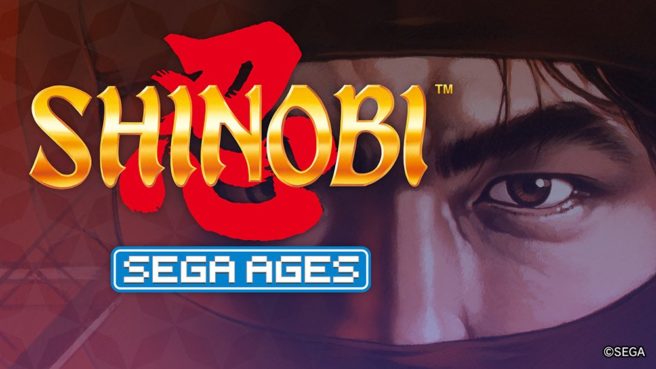 Shinobi is next up as the latest SEGA Ages game for Switch, and fresh details and screenshots have now been shared as to what fans can expect. We’ve rounded up today’s news blast below, courtesy of Gematsu.

– Includes the western version of the game
– Difficulty settings and the ability to select your favorite stages have also been implemented, allowing you to practice the stages you have trouble with
– For players aiming for the “Shinobi Bonus” obtained by clearing the stage without using any shuriken, the “Melee Attack” button can also be added
– Supports HD Rumble
– “Screen Mode” has been updated
– In addition to the familiar “Fit” and “Vintage” options, a new “Cabinet” option has been implemented
– This option even reproduces the noise of the arcade, so you can get a sense of what playing at a game center feels like

– Reproduces the original arcade version
– Depending on the settings, you can also use the SEGA Ages-original feature “Rewind” to practice
– This is similar to the “Helper” feature in Sega Ages Gain Ground

– Special mode for players who find Arcade Mode too difficult to be able to enjoy the game
– Control white-robed Joe Musashi from The Revenge of Shinobi
– White-robed Musashi is in a constant powered-up state with high attack power, and it takes two hits to kill him instead of one
– The Rewind feature can also be used in this mode

SEGA Ages Shinobi is coming to the Switch eShop “soon” in Japan. There’s no specific release date yet, and those in the west will likely have to wait a bit longer for its launch.