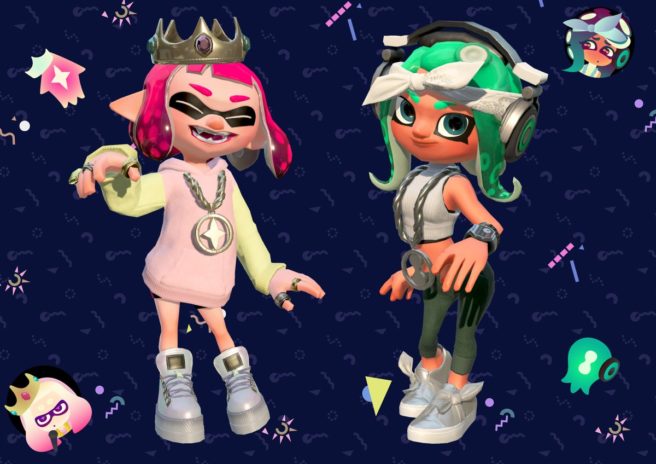 Update: The amiibo will also allow you to take photos atop the stage where Off the Hook perform, plus a new visual theme and sound effects to the Squid Beatz rhythm game (thanks KobobKC).

Original: The Pearl & Marina amiibo for Splatoon 2 were revealed a while ago and they’re finally being released next week, on July 13. We’ve known about their functionality for a while, such as the fact that they will unlock special gear for your character. However, we didn’t actually know what that gear will look like – until today. The official Splatoon Twitter gave us a look at the gear today, and it turns out that it’s inspired by Pearl & Marina’s outfits from the Octo Expansion.