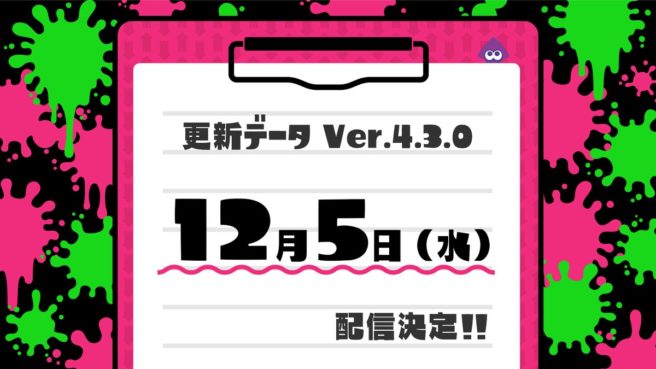 Nintendo has announced that the next Splatoon 2 update is arriving next month. Version 4.3.0 will be out on December 5 in Japan, which probably means during the evening of December 4 in North America.

The patch will include gear abilities and new weapons. Nintendo is also teasing the release of Toni Kensa Collection Part 4.

Bomb Defense Up Ultimate and Main Weapon Power Up will be added as new powers. As for weapons, they include:

Here’s a look at what’s to come for weapons: