Posted on September 11, 2018 by Brian(@NE_Brian) in General Nintendo, Images 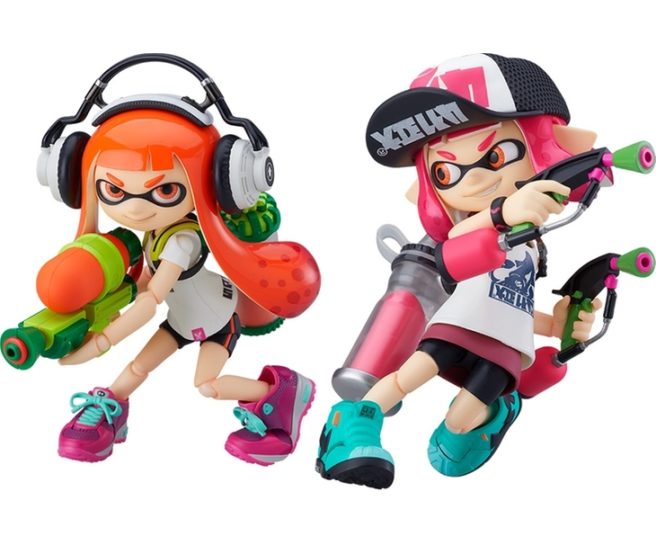 Pre-orders are finally open for the Splatoon Girl figma. You can place an order at Play-Asia here, AmiAmi here, or GoodSmile here.

Here’s an overview of the DX version, which features both Inkling Girls:

· The smooth yet posable figma joints allow you to act out a variety of different scenes.
· Inkling Girl #1 has a smirking expression, while Inkling Girl #2 has a grinning expression. Both figmas are included with articulated eye parts allowing you to change the direction they are looking.
· A smiling expression is also included, and can be used with either girl by replacing the eyebrows on the face plate.
· Splattershot, Splat Dualies, Splat Roller and Burst Bomb weapons are included as optional parts. Gear from the game, such as the Studio Headphones, the King Flip Mesh and the Knitted Hat is included as well.
· Each girl comes with a squid figure matching their corresponding color pair in the games, ink splat effect parts, an ink splat special stand as well as an ink effect sheet, making for a tremendous amount of various included parts.
· An articulated figma stand is included, which allows various poses to be taken.

We have a number of new photos in the gallery below.