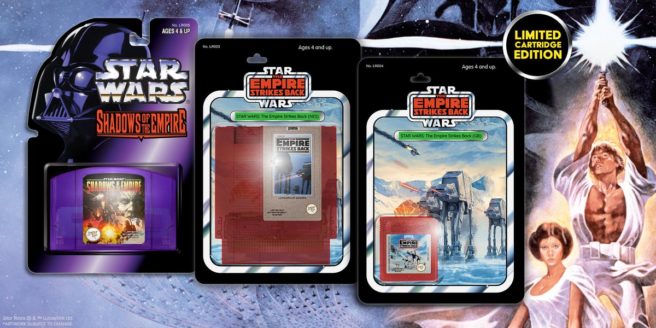 Limited Run Games is having another Star Wars day, as more classic games from the series are getting re-released. The company is now taking pre-orders for Star Wars: The Empire Strikes Back for Game Boy and NES as well as Star Wars: Shadows of the Empire for N64.

Everything can be found on Limited Run Games’ website here. Premium Editions are available, along with a Mega Bundle.