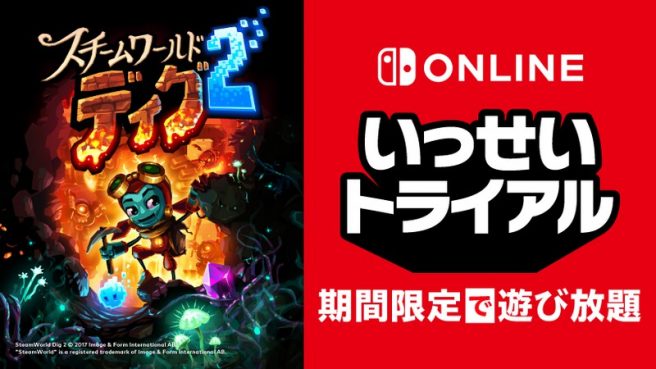 It’s been announced that SteamWorld Dig 2 will be featured as the next Nintendo Switch Online Game Trial in Japan. If you’re subscribed to the service, the game can be played entirely free for a week, with all progress transferring to the full version.

Note that SteamWorld Dig 2 can be played for free regardless of region so long as you’re a Nintendo Switch Online member. You’ll just need to download the game from the Japanese eShop.