Summer in Mara launches on Switch in June 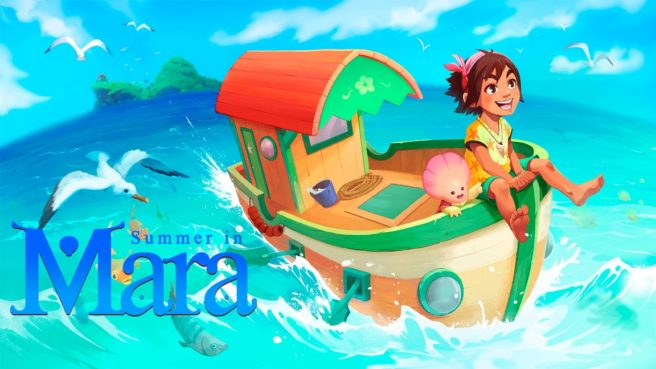 Summer in Mara, “a summer adventure with farming, crafting, and exploring mechanics set in a tropical archipelago,” has received a release date. It’ll be out on Nintendo’s console starting June 16, developer Chibig Studio has announced.

Summer in Mara is a mix of farming simulation and story-based adventure rolled into one as players will visit new islands, make new friends, and learn more about the evil corporation Elit, which wants to conquer Mara. As Koa, Chibig Studio wants players to feel like they’re exploring the world of Mara to make it a better place. Character development is a huge focus for the team, and this is reflected in the care put into the friends met, and the anecdotes of their travels.

Summer In Mara features over 30 hours of playtime with 250+ missions to set off on and 20+ characters to meet and befriend. Along with a host of upgrades, secrets, and treasure to find, Summer in Mara is set to deliver a wholesome and fun experience for all ages!

A demo will be made available on Switch, known as Summer in Mara Prologue. Expect it to go live “closer to launch.”