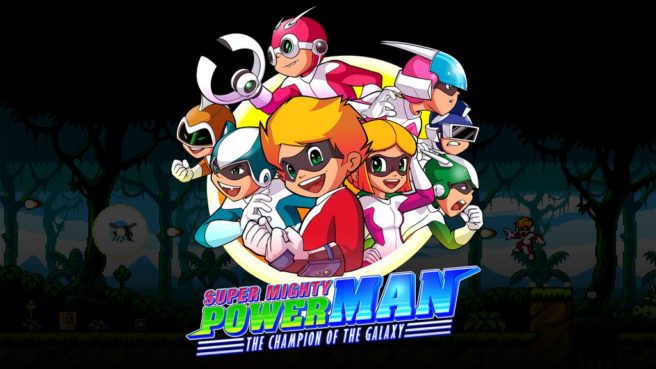 Box Hedge Games created a Kickstarter for the Mega Man-inspired Super Mighty Power Man earlier this month. However, the campaign has been cancelled.

Rather than pulling the plug on the Kickstarter due to concerns about funding, Box Hedge Games said in an update that the team has received interest from “several publishers.” The developer is now “currently discussing with them alternatives on how to secure the development and the release of Super Mighty Power Man.” The game should be funded and released at some point.

As you may all have noticed by now we have been quiet for the past few days. One of the reasons for that is because we have been approached by several publishers. We are currently discussing with them alternatives on how to secure the development and the release of Super Mighty Power Man. Even though no contract has been signed yet, we are confident enough to say that the project will get funded and published at some point, which is a great news!

In addition, another reason for our silence was the reception of our Kickstarter campaign. It is right to say that we haven’t succeeded in interesting enough people with our pledge tiers and late release date. Unlike many Kickstarter campaigns that overpromise and end up being late, we weren’t willing to follow a similar path. We are assured, based on the overall interest and tons of positive feedback we got from the press, backers and players that if we had gone crazy by announcing loads of physical rewards and an early release date on all platforms at once, our campaign would have probably succeeded. Nevertheless, it would also have been totally unrealistic to publicize such claims especially coming from an indie studio as small as ours. Therefore, we took the decision to cancel the campaign.

We want to thank you, our beloved backers, for believing in us and our project right from the start.