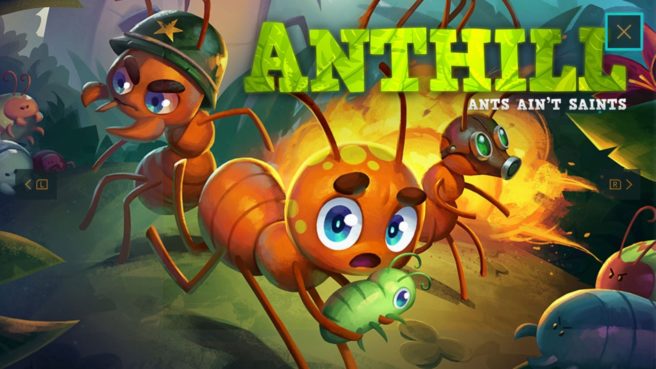 Anthill, a classic strategy game from SteamWorld developer Image & Form, is about to hit Switch. Get a look at some footage below.

Image & Form has released a new trailer for Anthill, which we recently found out is hitting Switch on October 24. Give it a look below.

Back in August 2018, SteamWorld developer Image & Form announced that it would be bringing its classic strategy game Anthill to Switch. Over a year later, it finally has a release date. An eShop listing shows that the title is launching on October 25, and some new extras will be included – such as a new soundtrack.

Here’s an overview of Anthill, along with a trailer:

END_OF_DOCUMENT_TOKEN_TO_BE_REPLACED

Image & Form not ruling out Anthill port for 3DS

Could Anthill head to the 3DS as well? Image & Form won’t rule out the possibility, and the company did note on Twitter that it would “like to see Anthill on more platforms”. With enough fan interest, it’s something that may happen.

@kitroplious @MirbyStudios @GoNintendoTweet I would personally like to see Anthill on more platforms – start a riot, and we'll have to! 😀