Nelke & the Legendary Alchemists: Atelier of the New World trailer #2

Posted on 1 year ago by Matt O'Keefe(@matt_okeefe) in News, Switch, Videos | 0 comments

Koei Tecmo and Gust shared a new trailer for the upcoming title Nelke & the Legendary Alchemists: Atelier of the New World. The game releases on the Switch January 31, 2019, in Japan and on March 26 in North America. You can view the trailer below.

Atelier Rorona: The Alchemists of Arland DX, Atelier Totori: The Adventurer of Arland DX, and Atelier Meruru: The Apprentice of Arland DX all make their way to Switch in the west today. Watch a launch trailer for their release below.

After magazines had the scoop earlier this week, Koei Tecmo and Gust have provided official details on a few characters in Nelke & the Legendary Alchemists. The latest update covers Judith, Shallistera, Iris, and Norn. Find the information and screenshots below, courtesy of Gematsu.

END_OF_DOCUMENT_TOKEN_TO_BE_REPLACED

The latest issue of Dengeki PlayStation confirms another round of characters for Nelke & the Legendary Alchemists. Shallistera Argo, Judith Volltone, Iris Fortner, and Norn will all be present in the game.

Below are a few photos from the magazine, including a new piece of artwork by Mel Kishida:

Announced earlier today, Nelke & the Legendary Alchemists is due out on March 26 in North America and March 29 in Europe.

Today, Koei Tecmo announced the western release date for Nelke & the Legendary Alchemists: Ateliers of the New World. North America will have the game on March 26. The European release will follow on March 26.

Here’s the latest information on Nelke & the Legendary Alchemists:

END_OF_DOCUMENT_TOKEN_TO_BE_REPLACED

Posted on 1 year ago by Brian(@NE_Brian) in News, Switch, Videos | 0 comments

Koei Temco and Gust Corporation have set a release date for Atelier Lulua. In Japan, the game will be launching on March 20.

Today’s news was also accompanied by Atelier Lulua’s first trailer. You can watch it below.

Posted on 1 year ago by Brian(@NE_Brian) in News, Screenshots, Switch | 0 comments

Following the reveals in Famitsu this week, Atelier Lulua: The Scion of Arland has received an official batch of details and screenshots. Below we have the rundown on a few different characters (Rorona, Fickes, Nico, Lionela, Chimdragon) and the Alchemy Riddle, courtesy of Gematsu.

END_OF_DOCUMENT_TOKEN_TO_BE_REPLACED

In addition to the new design of Rorona in Atelier Lulua: The Scion of Arland that was shared out of Famitsu last night, some new information has surfaced online in regards to both characters and the voice cast of the game.

First off, Lionela Heinze has been confirmed to be returning in the game from Atelier Rorona. According to description, Lionela will have become the owner of a new tavern in Atelier Lulua. Her artwork from her previous series appearance can be viewed below.

END_OF_DOCUMENT_TOKEN_TO_BE_REPLACED

Posted on 1 year ago by Matt(@OnePunchMaz) in News, Switch | 0 comments

Preview images of Famitsu have appeared online, and they reveal the new design of returning character Rorona in the upcoming Atelier Lulua: The Scion of Arland. The game is set several years after the other games in the Arland series, so this Rorona is a bit older than she was in her own game. The full issue of Famitsu, which will be out later this week, will also reveal a new male character, other returning characters and new gameplay features. Atelier Lulua: The Scion of Arland will be released in Spring 2019.

Atelier Lulua: The Scion of Arland – new details on the story and characters

Posted on 1 year ago by Matt(@OnePunchMaz) in News, Switch | 0 comments

Koei Tecmo and Gust Corporation shared some new info on Atelier Lulua: The Scion of Arland, detailing the game’s story and some of its characters. We’ve summarized the new info below (credit goes to Gematsu for the translation):

A story of “inheritance” that revolves around “ancient records.” The setting is Arklys, a town on the frontier of the Arland Republic.

An alchemist girl lives in this town. As the alchemist disciple of Piana, who is said to have aimlessly visited the town, the girl strives to master synthesis day after day. Her dream is straightforward: “to surpass the great alchemist that is my mother.” And her mother’s name—Rorolina Frixell.

This girl, who inherited the Frixell name, one day comes across a book. This book, which cannot be read by anyone other than herself, is incredibly difficult to understand. After managing to decipher the first page, she feels with certainty that some sort of power dwells within her.

Holding on to her natural curiosity and dreams, she makes the decision to decipher the book. That decision will eventually lead to the unraveling of the truth of not only Arklys, but of Arland as well.

Lulua doesn’t have her own atelier; instead she uses the covered carriage atelier of her teacher to synthesize items. Lulua’s dream is to one be as skilled an alchemist as her mother, but right now she simply isn’t good enough. This all changes, however, when Lulua finds a book called “Alchemy Riddle”, which can only be read by her and will grant her great power. 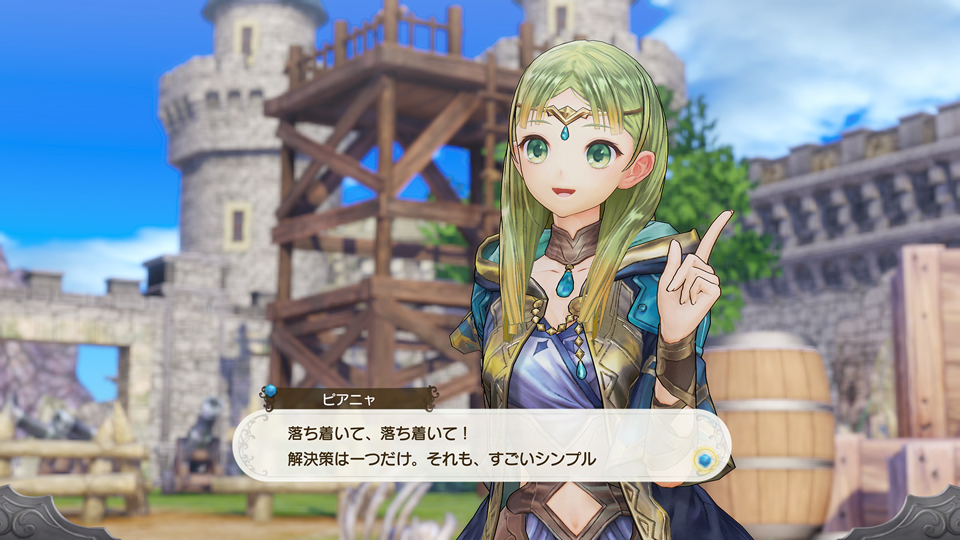 An alchemist and Lulua’s teacher. She studied alchemy under Totori, a famous alchemist of Arland, and has grown into a full-fledged alchemist. Nowadays, she teaches Lulua alchemy as her teacher. Proper and helpful, Piana is a skilled instructor, but also has a mischievous side in that she issues difficult challenges to her darling disciple.
Kristoff Aurel Arland 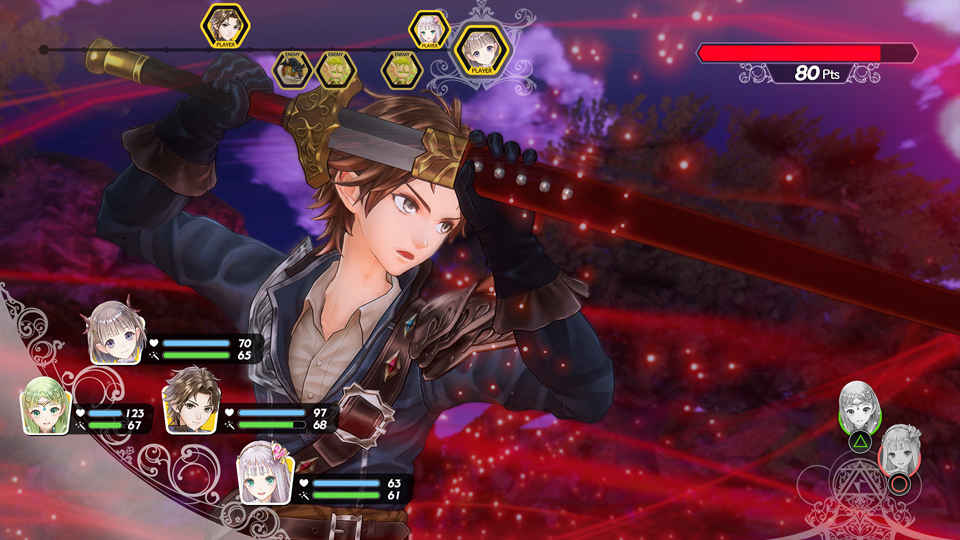 An adventurer known as an up-and-coming prodigy knight in the Arland region. While cool and candid, he has a serious personality. Although he doesn’t want to get involved in trouble, he tends to poke his nose in others’ business against his better judgment when he comes across someone in a bind. He trains every day with the goal of becoming the “strongest knight” and surpassing “a certain man.”
Source