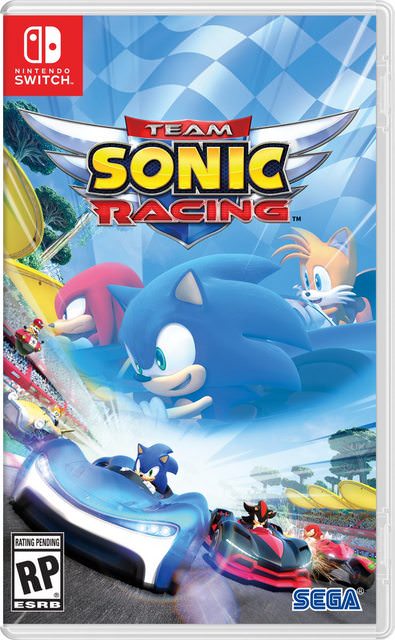 The Walmart website now lists, in unexpected detail, Team Sonic Racing. The game is slated for the Switch on December 31. According to Walmart, the game as a combination of “arcade and fast-paced competitive style racing.” Character choice is emphasized, as are local and online multiplayer.

We have the following details and screenshots:

Team Racing Race as a team, win as a team. Use various team moves to assist your teammates, knock out opponents and unleash your Team Ultimate.

Performance & Skin Customization Alter the appearance and handling of your vehicle.

Wisps – 14 spectacular offensive and defensive items to help overcome rival teams and get ahead!

Various Characters and Classes 15 playable characters from across the Sonic Universe and 3 distinct character types including Speed, Technique, and Power classes.